John Wayne Was Here: The Film Locations and Favorite Places of an American Icon (Paperback) 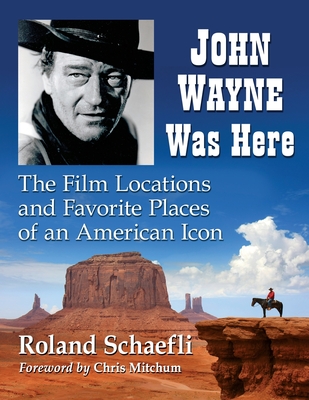 By Roland Schaefli
This item is not available.

John Wayne worked on film sets around the globe. This book follows the trail, from his beginnings on the Fox backlot to his final filming in Lone Pine, California. Locations in Mexico, Normandy, Rome, Madrid, London, Ireland, Libya and Africa are covered, along with his favorite vacation spots in Hawaii, Acapulco, Greece, Monaco, and the Hollywood hot-spots he frequented. Anecdotes revisit his most famous scenes, including Rooster Cogburn's charge in True Grit (1969) and Davy Crockett's last stand in The Alamo (1960). Production details describe how San Diego stood in for Iwo Jima, how Old Tucson was turned into El Dorado, and how Genghis Kahn ruled over the deserts of Utah. Never before published photos present then-and-now views in this first of its kind guided tour for film location hunters and Wayne aficionados.

Roland Schaefli has been a writer for movie magazines and a journalist for various news media for 30 years. He has published several books, including a travel guide on European film locations. He lives in Gachnang, Switzerland.