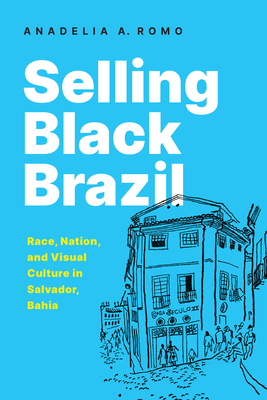 In the early twentieth century, Brazil shifted from a nation intent on whitening its population to one billing itself as a racial democracy. Anadelia Romo shows that this shift centered in Salvador, Bahia, where throughout the 1950s, modernist artists and intellectuals forged critical alliances with Afro-Brazilian religious communities of Candomblé to promote their culture and their city. These efforts combined with a growing promotion of tourism to transform what had been one of the busiest slaving depots in the Americas into a popular tourist enclave celebrated for its rich Afro-Brazilian culture. Vibrant illustrations and texts by the likes of Jorge Amado, Pierre Verger, and others contributed to a distinctive iconography of the city, with Afro-Bahians at its center. But these optimistic visions of inclusion, Romo reveals, concealed deep racial inequalities. Illustrating how these visual archetypes laid the foundation for Salvador’s modern racial landscape, this book unveils the ways ethnic and racial populations have been both included and excluded not only in Brazil but in Latin America as a whole.

Anadelia Romo is an associate professor of history at Texas State University. She is the author of Brazil's Living Museum: Race, Reform, and Tradition in Bahia.