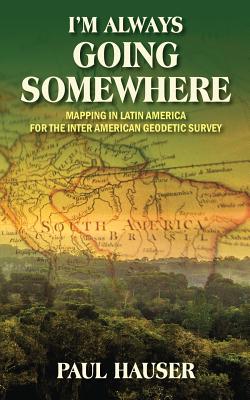 By Paul Hauser
This item is not available.

The Inter American Geodetic Survey (IAGS) was one of those little known U.S. Army (and later U.S. Department of Defense) programs established in April of 1946. At the end of WWII there had been a shortage of mapping that had impaired military operations in many parts of the world. Our government (including the military) became concerned about the effects of political unrest and Communists influence in the Latin Americam region, so they instituted a number of programs designed to bring Latin America under American influence and to foster democratic principals and improve economic conditions. IAGS was one of those programs whose mission was mapping the nations of Latin America from the Mexican border to the tip of South America. When IAGS personnel speak of mapping Latin America they refer to a total area of more than 10 million square miles. It was an area of largely undeveloped land including vast tracks of some of the most inhospitable terrain on earth. I was hired by IAGS in 1968 as a Geodesist and sent to work out of the Panama Canal Zone. This, along with the help of my IAGS friends, is our story. To qualify as adventurous a book must tell of persons and events that are unusual and have charm of the unexpected and excite wonder. As an author, my efforts have been to be as accurate as possible of the dates, locations and events that transpired so that this book is a contribution to the history IAGS mapping and intelligence gathering in Latin America. We have always been drawn to books that tell us about how," truth is stranger than fiction.