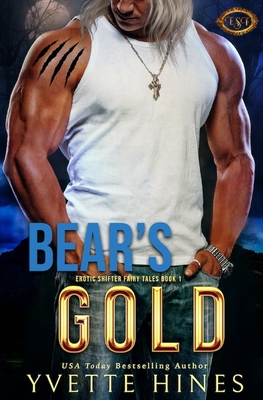 Riley Gold is on the run. Her ex-boyfriend has been stalking her for the last year and she can't get out of Dodge, Oregon fast enough. However, she should have planned her escape better, and maybe she wouldn't have ended up caught in a rainstorm, in the dead of night with a flat tire. Trapped in the woods and miles away from the next town, Riley sets off on foot to a large cabin home for help and refuge for the night. Is it just her imagination or is someone...or something following her? With the First Frost Moon Festival on its way and pheromones saturating the air, Theo Kodiak is a sniff away from going feral. As the father of two boys, it doesn't leave him a lot of time to find a companion to help raise them. Low and behold, fate shines down on him and presents a sensuous woman at his door. Riley is cold, scared and in danger, but she just maybe exactly what he needs in his life. The erotic attraction between them can't be evaded and soon they are swept under a tidal wave of euphoria. When a threat from both their past jeopardizes everything that is important, Riley and Theo find themselves united and a force to be reckoned with. However, something else may stand in the way of this Were-bear getting his gold.