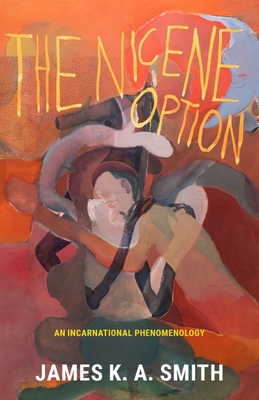 By James K. a. Smith
This item is not available.

Christian philosophy and philosophy of religion tend to be dominated by analytic approaches, which have brought a valuable logical rigor to the discussion of matters of belief. However, the perspectives of continental philosophy--in particular, the continental emphasis on embodied forms of knowing--still have much to offer to the conversation and our understanding of what it means to be both rational and faithful in a postmodern world.

Besides issuing a clarion call for the renaissance of continental philosophy of religion, The Nicene Option also offers a glimpse behind the scholarly curtain for a wider audience of readers familiar with Smith's popular works such as Who's Afraid of Postmodernism?, Desiring the Kingdom, Imagining the Kingdom, and You Are What You Love--all of which are tacitly informed by the phenomenological approach articulated in this book. As an extended footnote to those works--which for many readers have been gateways to philosophy-- The Nicene Option presents an invitation to a new depth of reflection.

James K. A. Smith is Professor of Philosophy at Calvin University and serves as editor in chief of Image, a literary quarterly at the intersection of art, faith, and mystery. He is the award-winning author of more than twenty books, including Who's Afraid of Postmodernism?, How (Not) to Be Secular, You Are What You Love, and On the Road with Saint Augustine.