A Dangerous Parting: The Beheading of John the Baptist in Early Christian Memory (Hardcover) 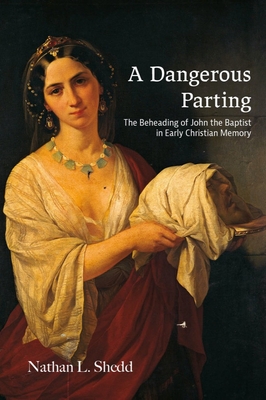 By Nathan L. Shedd
This item is not available.

Execution by beheading is a highly symbolic act. The grisly image of the severed head evokes a particular social and cultural location, functioning as a channel of figurative discourse specific to a place and time--dissuading nonideal behavior as well as expressing and reinforcing group boundary demarcations and ideological assumptions. In short, a bodiless head serves as a discursive vehicle of communication: though silenced, it speaks.

Employing social memory theory and insights from a thorough analysis of ancient ideology concerning beheading, A Dangerous Parting explores the communicative impact of the tradition of John the Baptist's decapitation in the first three centuries of the Common Era. Nathan Shedd argues that the early memory of the Immerser's death is characterized by a dangerous synchroneity. On the one hand, John's beheading, associated as it was with Jesus' crucifixion, served as the locus of destabilizing and redistributing the degradation of a victim who undergoes bodily violence; both John and Jesus were mutually vindicated as victims of somatic violence. On the other hand, as John's head was remembered in the second and third century, localized expressions of the Parting of the Ways were inscribed onto that parted head with dangerous anti-Jewish implications. Justin Martyr and Origen represent an attempt to align John's beheading and Jesus' crucifixion along a cultural schematic that asserted the destitution of non-Christ-following Jews and, simultaneously, alleged Christians' ethical, ideological, and spiritual supremacy.

A Dangerous Parting uncovers interpretive possibilities of John's beheading, especially regarding the deep-rooted patterns of thinking that have animated indifference to acts of physical violence against Jews throughout history. With this work, Shedd not only pushes John the Baptist research forward to consider the impact of this figure in early expressions of Jewish and Christian distinction, but also urges scholars and students alike to contemplate the ethics of reading ancient texts.