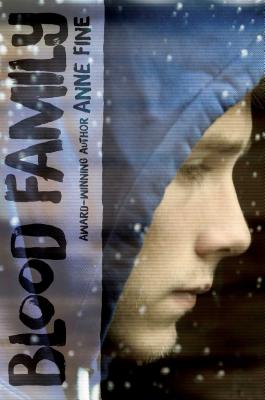 Shortlisted for the Carnegie Medal, this dark and gripping novel tells the tragic story of a smart, sweet child poisoned by circumstance as he struggles to escape the horrors of his childhood.

Edward is four years old when he is locked away with his mother by her abusive, alcoholic partner, Harris. By the time an elderly neighbor spots his pale face peering through a crack in the boarded-up window and raises the alarm, he is seven.

Rescue comes, but lasting damage has been done. Sent to live with a kind foster family, and then adopted, Edward struggles to adapt to normal life. Even as a smart and curious teenager it’s still clear to his new family and schoolmates there’s something odd about him.

Then in a science museum, Edward sees an image that shocks him to the core and robs him of his hard won sense of safety. Can anyone’s past truly be left behind? And could it be that, deep down, another Harris is waiting to break out?

Anne Fine has written critically acclaimed books for both adults and children of all ages, including The Tulip Touch, Flour Babies, The Road of Bones, and Blood Family. Among many other prizes, she has won Britain’s most prestigious children’s book award, The Carnegie Medal, twice. Her novel Alias Madame Doubtfire became the Fox feature film Mrs. Doubtfire. Anne’s work has been translated into over forty languages. She lives in the north of England. Visit her at AnneFine.co.uk.