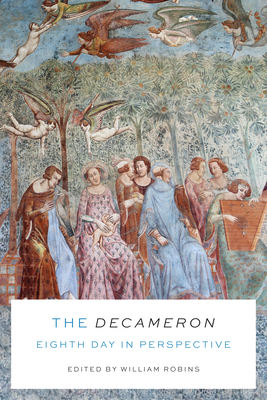 Divided into ten days of ten novellas each, Boccaccio's Decameron is one of the literary gems of the fourteenth century. The Decameron Eighth Day in Perspective is an interpretive guide to the stories of the text's Day Eight - a day dedicated to tales of tricks and practical jokes. By drawing on literary precursors such as fabliaux, epic, philosophy, exempla, Dante's Commedia, and scripture, and by meditating on the dynamics of civic engagement in fourteenth-century Florence, Boccaccio develops in these stories of jests a self-consciously literary representation of the Florentine social imaginary.

The essays in this volume, all written by prominent scholars, survey previous scholarship and open up new cultural and historical perspectives on Boccaccio's sophisticated art of storytelling. They analyze both the literary sources that Boccaccio's comic narratives transform, as well as the political, legal, and ethical contexts with which they engage. Each contributor tackles a single tale, yet their essays also register major themes and concerns that recur throughout Day Eight, allowing for close connections among the essays.