Beyond the Great War: Making Peace in a Disordered World (Hardcover) 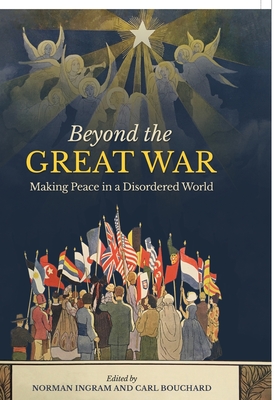 Following the end of the First World War, a new world order emerged from the Paris Peace Conference of 1919. It was an order riddled with contradictions and problems that were only finally resolved after the Second World War.

Beyond the Great War brings together a group of both well-established and younger historians who share a rejection of the dominant view of the peace process that ended the First World War. The book expands beyond the traditional focus on diplomatic and high political history to question the assumption that the Paris Peace Treaties were the progenitors of a new world order. Extending the ongoing debate about the success of the Treaty of Versailles and surrounding events, this collection approaches the heritage of the Great War through a variety of lenses: gender, race, the high politics of diplomacy, the peace movement, provision for veterans, international science, socialism, and the way the war ended. Collectively, contributors argue that the treaties were at best a mitigated success, and that the brave new world of 1919 cannot be separated from the Great War that preceded it.