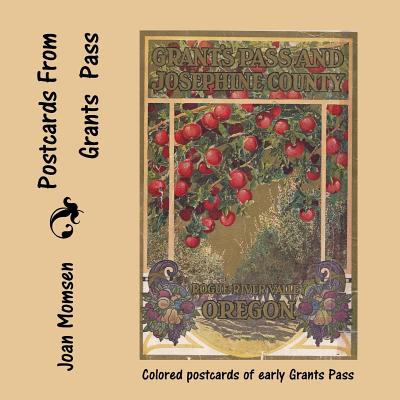 Late 19th Century and early 20th Century postcards are interesting in that many are not postcards in the sense that we think of them today. When home photography became popular with the little Kodak box camera, most photos that were developed had a postcard motif on the backside. The camera shop that developed the film or maybe the film maker put a postcard outline on the back of each photo. That way the photographer could share the photo by simply writing the address and message on the back of the photograph. They were one shot, one-of-a-kind photos. We have many of these personal postcards at the Josephine County Historical Society, and since most are over 100 years old, they are not on public display. Most of the postcards in this book are commercially produced cards and many, even of scenes from the United States were manufactured in Germany and other nations. There was no color film until about one-third of the way into the 20th Century, so early postcards were hand colored. If examined carefully, there is a lot of grey, from the original black and white photography. Streets were usually left uncolored. All grass was the same color green. Many of the shots with people, showed them dressed in shades of black and grey since no color was added, and sometimes one would think there were only white and grey horses, because roan and browns were seldom used.Postcards produced commercially for sale can be easily identified. Some had a pale yellow or beige border framing the scene. Many had words printed on the photo side of the card identifying the scene. Cards that were actually put in the mail often have part of the post mark on the photo side. People often wrote on both sides of the card if they needed space for a few extra sentences. Many areas did not have telephone service so it was quite normal to send a postcard to someone across town to explain an upcoming event. The Schmidt family would send postcards to their cousins in the Redwood area. Many of these cards were saved in a photo album by the family member.