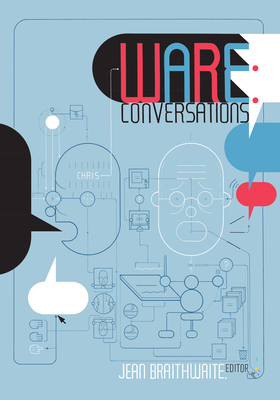 Virtuoso Chris Ware (b. 1967) has achieved some noteworthy firsts for comics. The Guardian First Book Award for Jimmy Corrigan: The Smartest Kid on Earth was the first major UK literary prize awarded for a graphic novel. In 2002 Ware was the first cartoonist included in the Whitney Biennial. Like Art Spiegelman or Alison Bechdel, Ware thus stands out as an important crossover artist who has made the wider public aware of comics as literature. His regular New Yorker covers give him a central place in our national cultural conversation. Since the earliest issues of ACME Novelty Library in the 1990s, cartoonist peers have acclaimed Ware's distinctive, meticulous visual style and technical innovations to the medium. Ware also remains a literary author of the highest caliber, spending many years to create thematically complex graphic masterworks such as Building Stories and the ongoing Rusty Brown. Editor Jean Braithwaite compiles interviews displaying both Ware's erudition and his quirky self-deprecation. They span Ware's career from 1993 to 2015, creating a time-lapse portrait of the artist as he matures. Several of the earliest talks are reprinted from zines now extremely difficult to locate. Braithwaite has selected the best broadcasts and podcasts featuring the interview-shy Ware for this volume, including new transcriptions. An interview with Marnie Ware from 2000 makes for a delightful change of pace, as she offers a generous, supremely lucid attitude toward her husband and his work. Candidly and humorously, she considers married life with a cartoonist in the house. Brand-new interviews with both Chris and Marnie Ware conclude the volume.

Jean Braithwaite is associate professor of English at the University of Texas-Rio Grande Valley, where she teaches comics among other courses. Braithwaite is comics editor at riverSedge: A Journal of Art and Literature. Her previous book was a literary memoir, FAT: The Story of My Life with My Body, and she has published in periodicals including the Sun, the New York Times, North American Review, and the Henry James Review.