How to Fly a Plane (Paperback) 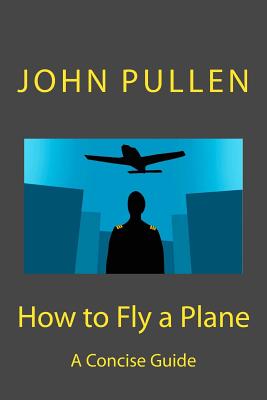 There are many people who have wondered what it must be like to fly an aircraft. Perhaps they have sat in the passenger cabin of an airliner on the way to a holiday destination and imagined what the aircrew did to fly the plane from A to B. Unfortunately, since 9-11 it has become virtually impossible to go into an aircraft cockpit as a member of the public. But it is important to realise that every pilot has to start his or her training somewhere and that somewhere is a small training aircraft. This applies to pilots flying military fighters to jumbo jets. And although these aircraft are very different in size and performance, the basics of flying a plane are very similar. So if you want to really know how to fly a plane, you need to start on a small training aircraft like every other pilot at the beginning of their career. This book will take you through the basics of every stage of a typical flight - from the pre-take-off checks to taxiing, take-off, climb, flying manoeuvres, navigation, flying on instruments and finally, making a safe landing. If you've ever wanted to know how to fly a plane - this is your chance.

John Pullen has spent most of his career in media, first as a cameraman, then as a writer, director and producer of factual programmes. His worst moment came when he accidently hit Prime Minister Margaret Thatcher hard on the head with his video camera. Throughout his life he has had a passion for flying and has been a pilot for 25 years. The aircraft flown have included singles, multi-engines and military jets. He has also written many books over the years, both fiction and non-fiction. The latter encompasses general and professional aviation, medicine and history. A number of his novels are fantasy adventures and are aimed at "young adults and adults who are young". Currently he lives near London and for relaxation flies planes and plays tennis.