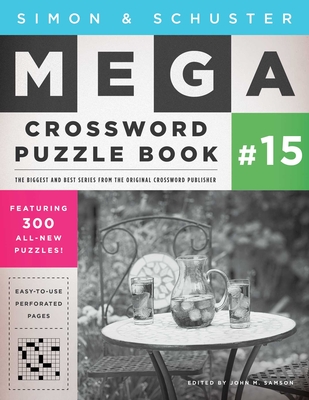 This is book number 15 in the S&S Mega Crossword Puzzles series.

The Simon & Schuster Mega Crossword Puzzle Book #15 is designed with convenience in mind and features perforated pages so you can tear out puzzles individually and work on them on-the-go. This new super-sized book will delight both existing fans and new puzzle enthusiasts as they discover this timeless and unique collection of entertainment. These Thursday- to Sunday-size puzzles are designed to keep you challenged and engaged, so sharpen your pencils and get ready!