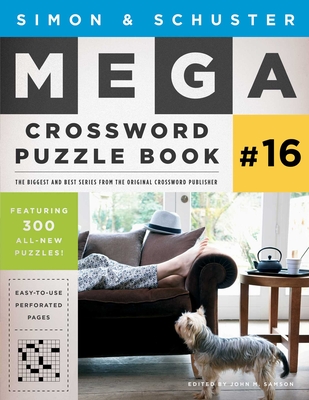 This is book number 16 in the S&S Mega Crossword Puzzles series.

Designed with convenience in mind, this mega crossword puzzle book features perforated pages so you can tear out the crosswords individually and work on them when you’re on the go. Samson delights die-hard fans and challenges new puzzle enthusiasts as they work through this timeless and unique collection of entertainment.