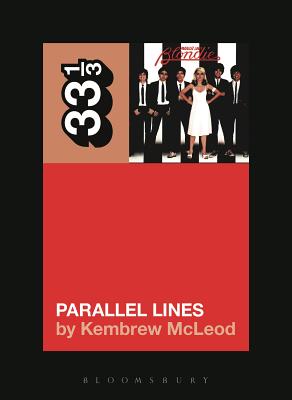 Blondie's Parallel Lines mixed punk, disco and radio-friendly FM rock with nostalgic influences from 1960s pop and girl group hits. This 1978 album kept one foot planted firmly in the past while remaining quite forward-looking, an impulse that can be heard in its electronic dance music hit "Heart of Glass." Bubblegum music maven Mike Chapman produced Parallel Lines, which was the first massive hit by a group from the CBGB punk underworld. By embracing the diversity of New York City's varied music scenes, Blondie embodied many of the tensions that played out at the time between fans of disco, punk, pop and mainstream rock.

Debbie Harry's campy glamor and sassy snarl shook up the rock'n'roll boy's club during a growing backlash against the women's and gay liberation movements, which helped fuel the "disco sucks" battle cry in the late 1970s. Despite disco's roots in a queer, black and Latino underground scene that began in downtown New York, punk is usually celebrated by critics and scholars as the quintessential subculture. This book challenges the conventional wisdom that dismissed disco as fluffy prefab schlock while also recuperating punk's unhip pop influences, revealing how these two genres were more closely connected than most people assume. Even Blondie's album title, Parallel Lines, evokes the parallel development of punk and disco--along with their eventual crossover into the mainstream.

Kembrew McLeod is a Professor of Communication Studies at the University of Iowa, USA. He has published and produced several books and documentaries about music and popular culture.