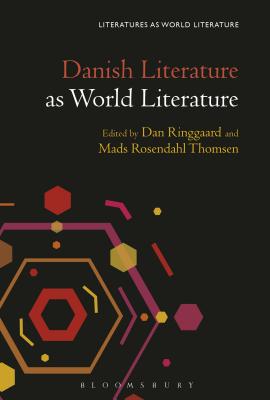 By Mads Rosendahl Thomsen (Editor), Dan Ringgaard (Editor)
This item is not available.

Despite being a minor language, Danish literature is one of the world's most actively translated, and the Scandinavian country is the home of a number of significant writers. Hans Christian Andersen remains one of the most translated authors in the world, philosopher S ren Kierkegaard inspired modern Existentialism, Karen Blixen chronicled her life in colonial Kenya as well as writing imaginary, cosmopolitan tales, and the writers among the circles of literary critic Georg Brandes in the late 19th century were especially important to the further development of European Modernism.

Danish Literature as World Literature introduces key figures from 800 years of Danish literature and their impact on world literature. It includes chapters devoted to post-1945 literature on beat and systemic poetry as well as the Scandinavia noir vogue that includes both crime fiction and cinema and is enjoying worldwide popularity.

Mads Rosendahl Thomsen is Professor with Special Responsibilities in Comparative Literature at Aarhus University, Denmark. He is the author of Mapping World Literature: International Canonization and Transnational Literature (2008), The New Human in Literature: Posthuman Visions of Changes in Body, Mind and Society (2013), and the editor of several volumes, including World Literature: A Reader (2012) and The Posthuman Condition: Ethics, Aesthetics and Politics of Biotechnological Challenges (2012). He is a member of the Academia Europaea and an advisory board member of the Institute for World Literature. Dan Ringgaard is Professor in Scandinavian Literature at Aarhus University, Denmark.