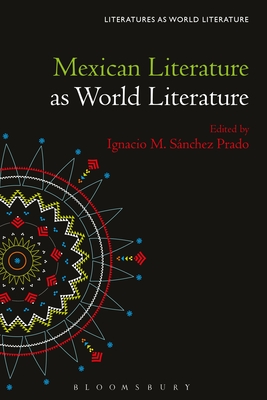 Mexican Literature as World Literature is a landmark collection that, for the first time, studies the major interventions of Mexican literature of all genres in world literary circuits from the 16th century forward. This collection features a range of essays in dialogue with major theorists and critics of the concept of world literature. Authors show how the arrival of Spanish conquerors and priests, the work of enlightenment naturalists, the rise of Mexican academies, the culture of the Mexican Revolution, and Mexican neoliberalism have played major roles in the formation of world literary structures.

The book features major scholars in Mexican literary studies engaging in the ways in which modernism, counterculture, and extinction have been essential to Mexico's world literary pursuit, as well as studies of the work of some of Mexico's most important authors: Sor Juana, Carlos Fuentes, Octavio Paz, and Juan Rulfo, among others. These essays expand and enrich the understanding of Mexican literature as world literature, showing the many significant ways in which Mexico has been a center for world literary circuits.