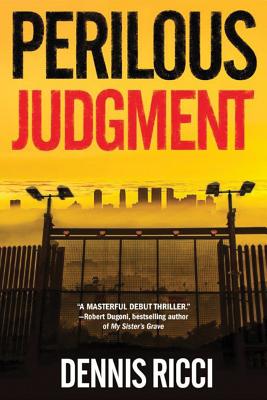 Federal judge Edward Lamport is no stranger to controversy and danger. Nine months into his tenure, he's received two death threats and is under the protection of US Marshals. But when he receives a plea for help from a woman with whom he had a brief romance twenty-five years earlier, he must face a peril of a different sort, one that involves his long-lost son, Carlos.

While working for a bank in his native Mexico, Carlos discovers an international money-laundering scheme. Now he's on the run from those who want him dead. To get the young man asylum in the United States, Lamport appeals to his highest connections in Washington, only to find puzzling dead ends at every turn. Caught between law and love, he's forced to take the matter into his own hands. With only his faith in God to guide him, how far is he willing to venture into the dark recesses of political corruption to save his son?