The Adventures of Ulysses (Paperback) 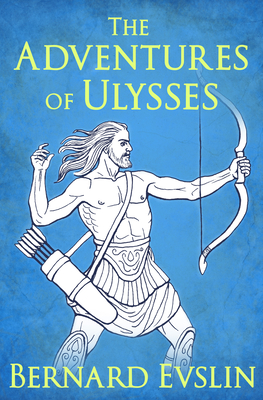 By Bernard Evslin
This item is not available.
Out of Print

The legendary adventures of the Greek king's epic journey come to life in a modern retelling of The Odyssey that's "an unmitigated delight" (School Library Journal). In their ten-year siege of Troy, the Greeks claim victory thanks to the cunning wit of Ulysses, King of Ithaca, who devised the infamous Trojan Horse. Now, with the epic war finally finished, Ulysses sets sail for home--but his journey will be long and arduous. Having angered Poseidon, god of the sea, Ulysses and his men are thrown off course by a raging storm and forced to wander the perilous world for another ten years. On his epic trek, Ulysses must match wits and strength with man-eating Sirens, a towering Cyclops, the witch-goddess Circe, and a slew of other deadly foes. Meanwhile, in Ithaca, his wife, Penelope, and son, Telemachus, contend with a rowdy mob of suitors who have taken over their home in an attempt to usurp the absent ruler's place.

Bernard Evslin (1922 1993) was a bestselling and award-winning author known for his works on Greek and other cultural mythologies. The New York Times called him one of the most widely published authors of classical mythology in the world. He was born in New Rochelle, New York, and attended Rutgers University. After several years working as a playwright, screenwriter, and documentary producer, he began publishing novels and short stories in the late 1960s. During his long career, Evslin published more than seventy books over thirty of which were for young adults. His bestseller Heroes, Gods and Monsters of the Greek Myths has been translated into ten different languages and has sold more than ten million copies worldwide. He won the National Education Association Award in 1961, and in 1986 his book Hercules received the Washington Irving Children s Book Choice Award. Evslin died in Kauai, Hawaii, at the age of seventy-seven."