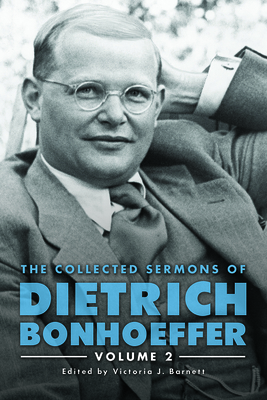 Preaching, according to Bonhoeffer, is like offering an apple to a child. The gospel is proclaimed, but for it to be received as gift depends on whether or not the hearer is in a position to do so. Offered here are xx] of Dietrich Bonhoeffer's sermons, in new English translations, which he preached at various times of the year and in a variety of different settings. Each sermon is introduced by Victoria J. Barnett, general editor of the Dietrich Bonhoeffer Works, English edition, published by Fortress Press, from which these sermons are selected.

In his preaching, Bonhoeffer's strong, personal faith--the foundation for everything he did--shines in the darkness of Hitler's Third Reich and in the church struggle against it. Though not overtly political, Bonhoeffer's deep concern for the developments in his world is revealed in his sermons as he seeks to draw the listener into conversation with the promises and claims of the gospel-a conversation readers today are invited to join.