The Magi: Who They Were, How They've Been Remembered, and Why They Still Fascinate (Hardcover) 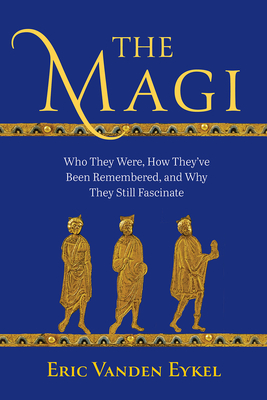 George Tyrrell insisted that the quest for the historical Jesus was no more than scholars staring into a well to see their own reflections staring back. Jesus is the mirror image of those who study him. A similar phenomenon accompanies the quest for the historical Magi, those mysterious travelers who came from theEast, following a star to Bethlehem.

In this work, ancient historian and scholar Eric Vanden Eykel helps readers better understand both the Magi and the ancient and modern interpreters who have tried to study them. He shows how, from a mere twelve verses in the Gospel of Matthew, a varied and vast literary and artistic tradition was born. The Magi examines the birth of the Magi story;its enrichments, embellishments, and expansions in apocryphal writing and early Christian preaching;its artistic expressions in catacombs, icons, and paintings and its modern legacy in novels, poetry, and music.

Throughout, the book explores the fascination the Magi story elicits in both ancient and modern readers and what the legacy of the Magi story tells us about its storytellers--and ourselves.