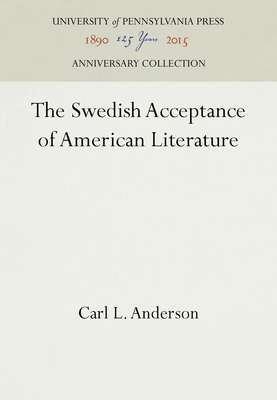 In the decade following World War I, American literature won a large and enthusiastic reading public in Europe. With the exception of such writers as James Fenimore Cooper, Edgar Allan Poe, and Mark Twain, American literature had been virtually unknown before the war, yet, in 1930, Sweden awarded the Nobel Prize in literature to Sinclair Lewis, probably the most dramatic sign of the critical upheaval that had been taking place in European attitudes toward American culture.

The Swedish Acceptance of American Literature is a study of this radical shift in opinion as it occurred in Sweden. It first examines the sources of the conventional prejudices against American Literature in vogue at the end of World War I. It then shows how these prejudices had been strengthened by the reaction of Swedish critics to Jack London and Upton Sinclair and how they became, paradoxically, the basis in the next decade of the enthusiastic reception accorded Sinclair Lewis, Theodore Dreiser, Edith Wharton, and other American writers. The book concludes by indicating some of the aftereffects in Sweden of the award of the Nobel Prize to Lewis.