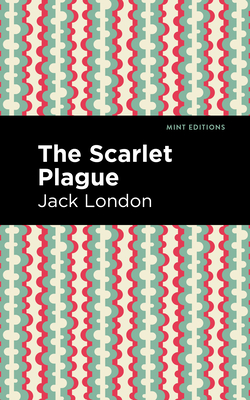 "London's style is typically lush but his viewpoint is skeptical and dystopian...the story reminds us of the dangers we still court with our careless ways."-The Times

"Jack London saw this coming. Why didn't we?...To revisit The Scarlet Plague during the COVID-19 crisis is to marvel at how much London understood- a century ago-about the challenges we face now."-The Baltimore Sun

The Scarlet Plague (1915) is an early dystopian novel written by Jack London in 1910, serialized in London Magazine in 1912, and finally published as a book in 1915. Set in 2073, sixty years after a pandemic has wiped out most of earth's population, an old man recounts the events to his grandsons.

The old man had been a professor of English Literature at the University of California Berkeley, and managed to survive the pandemic by isolating himself in the chemistry facility at the school. Later, he spent years living alone in an empty hotel in Yosemite, until he finally joined a group of rag-tag survivors in San Francisco who called themselves "The Chauffeurs".

The Scarlet Plague opens at the end of civilization when Professor James Howard Smith is an old man on a beach outside of San Francisco, when he tells his story. The world that he describes has no relation to the post-apocalyptic desolation of 2073, and the culture and civilization that he evokes are met with abject skepticism. Smith is convinced that he is the remaining survivor who can describe how the world existed before it descended into complete barbarism. The Scarlet Plagueis a harrowing classic of early science fiction that eerily resonates with the tumultuous events of our own times.

With an eye-catching new cover, and professionally typeset manuscript, this edition of The Scarlet Plague is both modern and readable.