Autobiography of a Flea (Paperback) 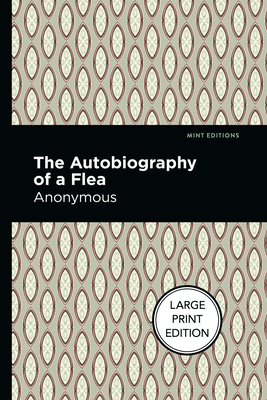 By Anonymous, Mint Editions (Contribution by)
$7.99

The Autobiography of a Flea (1887) is an anonymously written pornographic novel. Published by infamous London pornographer Edward Avery, The Autobiography of a Flea was adapted into a 1976 film starring John Holmes. Bella is an orphan girl who lives with her uncle and aunt. Na ve and curious, she encounters a handsome man while leaving church one day. Introducing himself as Charlie, he hands her a note and heads on his way. Nervous at first, Bella reads the note and finds herself compelled by its mystery--Charlie requests to meet her at night in the local gardens. That night, she has her first sexual experience, only to be interrupted by Father Ambrose, who was watching the pair from the shadows. Using his authority, he instructs Bella to meet him the following afternoon in the sacristy, where he informs her that unless she agrees to be seduced by him and his fellow men of the cloth, he will reveal the secret of her tryst with Charlie. The Autobiography of a Flea is a controversial story that meets time-honored taboos head on, depicting religious corruption, incest, and an orgy involving nineteen lustful priests. Narrated throughout by a lowly parasite, the story provides a flea's-eye-view on the hidden nature of human society. With a beautifully designed cover and professionally typeset manuscript, this edition of The Autobiography of a Flea is a classic of erotic literature reimagined for modern readers.