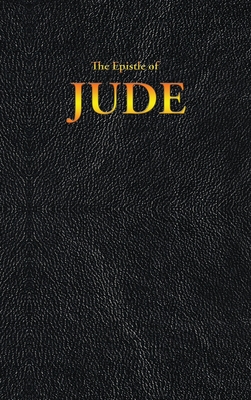 This keepsake hard cover edition of The Epistle of JUDE was taken from the King James translation of the Bible. The King James Translation is a masterwork of style, and the most important book in the English language, it has been the driving force in shaping the English-speaking world for hundreds of years.

Jude urges his readers to defend the deposit of Christ's doctrine that had been closed by the time he wrote his epistle, and to remember the words of the apostles spoken somewhat before. Jude then asks the reader to recall how even after the Lord saved his own people out of the land of Egypt, he did not hesitate to destroy those who fell into unbelief, much as he punished the angels who fell from their original exalted status and Sodom and Gomorrah.

JUDE is one of the shortest books in the bible and is sold at or near the publisher's cost and offered up for the collector who wished to have an unbroken set of this keepsake editions.