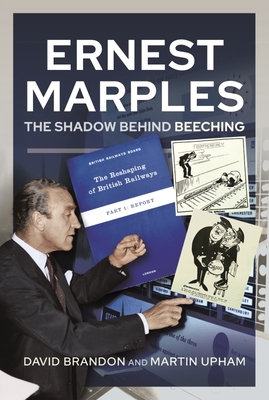 Ernest Marples revolutionized three UK government departments. At Transport (1959-1964) he appointed Dr Beeching chairman of British Railways and commissioned him to produce his infamous report, inaugurated motorways and introduced significant regulations for motorists. At Housing (1951-1954) he delivered 300,000 new houses annually and as Postmaster General (1957-1959), he reformed Post Office accounting systems and launched postcodes and Subscriber Trunk Dialling. This first biography of Marples uses newly-available archives to examine public and private transport policy, the growing power of the pro-road lobby and the identification of personal freedom with driving. Railway sentimentalism was no match for these.

Marples was lucky not to be implicated in the Profumo Affair which rocked the Conservative Party but his political career was over soon afterwards. Questionable business practices caused his 1975 flight to Monaco hotly pursued by the Inland Revenue. Beeching, unhappy under a Labour government, returned to private industry although he later chaired a Royal Commission. Labour, despite promises, proved little friendlier to the railways but a more positive approach to loss-making passenger services eventually emerged under Barbara Castle.

This book should appeal to those interested in Britain's railways and in mid-Twentieth Century British politics.