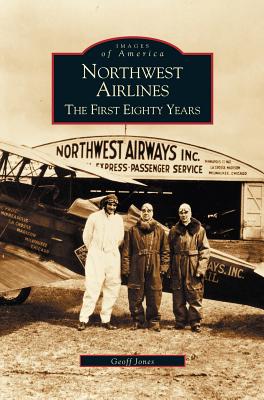 Since flying its first mail flight on October 1, 1926, Northwest Airways, now known as Northwest Airlines, has grown to become one of the world's leading airlines. Northwest's legacy of leadership in the aviation industry began with its foundation in the Twin Cities and extended to its pioneering work as part of the U.S. war effort in Alaska, the establishment of the first U.S. commercial air links to Japan and the Orient, and its groundbreaking 1992 alliance and award of anti-trust immunity with KLM/Royal Dutch Airlines. Northwest is now America's oldest air carrier with continuous name identification. In celebration of the airline's 80th anniversary in 2006, this book chronicles the remarkable years during which Northwest became an institutional backbone of both American and worldwide air transport history. This diverse historical tribute relies heavily on the author's own photo archive along with images supplied by the exceptional Northwest History Centre Inc., established in October 2002 to preserve the airline's rich heritage. The rare photographs seen in these pages, accompanied by a detailed and informative narrative, bring together for the first time all of the elements of the Northwest "family," which includes Hughes Air West and Republic airlines and other predecessors.