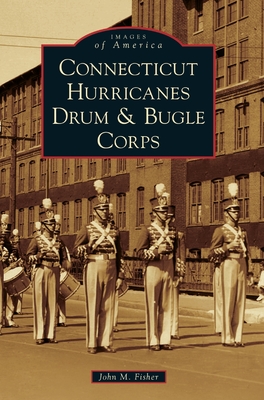 The Connecticut Hurricanes Drum & Bugle Corps was founded in Derby, Connecticut, in 1932 as the John H. Collins Post Fife, Drum, and Bugle Corps. Since its transformation to a competitive drum and bugle corps in 1955, the group has garnered notoriety throughout the region as well as national acclaim for its competitive success. Over the course of their 87-year history, the Hurricanes have become a highly regarded institution of the Lower Naugatuck Valley. They were first sponsored by the John H. Collins American Legion Post 24 and subsequently by the Sutter-Terlizzi American Legion Post 16 of Shelton, Connecticut. They are currently sponsored by the Emil Senger American Legion Post 10 of Seymour, Connecticut, and have continued to maintain strong community ties across the Naugatuck Valley region for nearly nine decades.