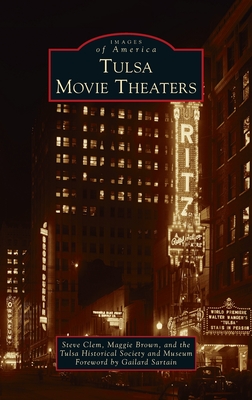 Going to the movies has always been special. Tulsa's first theater opened in 1906 with a lineup of silent reels and live vaudeville entertainment. During the next two decades, dozens of movie houses opened downtown, including the Big Four: the Ritz, Orpheum, Majestic, and Rialto. As Tulsa grew, neighborhood theaters, including the Brook, Delman, and Will Rogers, became favorites. Drive-in theaters soon followed around the city boundaries. In 1965, Tulsa's first multiplex--the Boman Twin--opened. Tulsans experienced blockbuster films at these theaters with multiple screens and increasingly smaller auditoriums. Tulsa also hosted star-studded movie premieres. Among them were The Outsiders and the 1949 premiere of Tulsa, featuring the biggest parade and crowd in Tulsa's history. Perhaps the most well-known theater--the Dreamland on Black Wall Street--was destroyed during the 1921 Tulsa Race Massacre. Although it was rebuilt, images of the Dreamland in ruins are iconic.