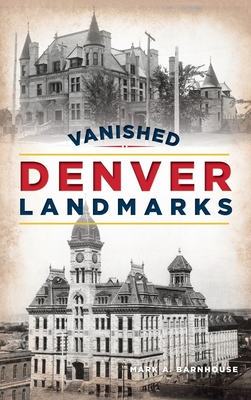 From its 1858 birth, the Mile High City has undergone continuous change, with each successive generation putting its stamp on Denver's architectural character. Along the way, landmarks initially considered first class were later deemed disposable by those who had different visions of what Denver should be. Beloved buildings like the Tabor Grand Opera House, the Windsor Hotel and the Republic Building vanished. Historian Mark A. Barnhouse revisits these lost treasures along with the lesser known and rarely explored, including an apartment building dubbed Denver's Bohemia, the humble abode of one of the early twentieth century's most successful novelists and the opulent mansion of a man who gave Denver three consecutive baseball championships.