The Psychopath: A True Story (Paperback) 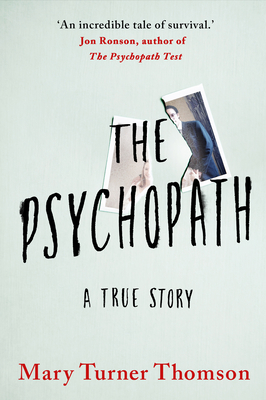 In 2006, Mary Turner Thomson's world shattered when she discovered her husband Will was a bigamist, con man and convicted sex offender. Unbeknownst to her, this would be the start of a bold new chapter in her life, fighting to protect other women from his heartless gaslighting campaigns--and putting a stop to his endless deception.

Mary thought her story would end with the revelation that Will in fact had several families--and numerous children. But when she discovered that he had continued to prey on new victims, she vowed to turn his betrayal into a force for good. On her mission to protect these women and others, Mary also learned more about the psychopathy behind Will's duplicitous behaviour.

Teaming up with his newest fianc e in the US, Mary attempts to put an end to Will's devastating activities. But will she and her fellow victims succeed in their ultimate goal: to bring down Will Jordan forever?

Mary Turner Thomson began telling her story in her first book, The Bigamist. Now, in The Psychopath, she delves deeper into Will's betrayal, telling an entirely new story of how she moved on, and helped others do the same.