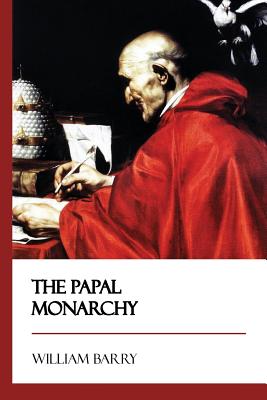 IN the night of the 24th of August, 410, Alaric, King of the Western Goths, entered Rome with his army, by the Salarian Gate -- outside of which Hannibal had encamped long ago--and took the Imperial City. Eleven hundred and sixty-four years had passed since its legendary foundation under Romulus; four hundred and forty-one since the battle of Actium, which made Augustus Lord in deed, if not in name, of the Roman world. When the Gothic trump sounded at midnight, it announced that ancient history had come to an end, and that our modern time was born. St. Jerome, who in his cell at Bethlehem saw the Capitol given over to fire and flame, was justified from an historical point of view when he wrote to the noble virgin Demetrias, "Thy city, once the head of the universe, is the sepulchre of the Roman people." Even in that age of immense and growing confusion, the nations held their breath when these tidings broke upon them. Adherents of the classic religion who still survived felt in them a judgment of the gods; they charged on Christians the long sequel of calamities which had come down upon the once invincible Empire. Christians retorted that its fall was the chastisement of idolatry. And their supreme philosopher, the African Father St. Augustine, wrote his monumental work, "Of the City of God," by way of proving that there was a Divine kingdom which heathen Rome could persecute in the martyrs, but the final triumph of which it could never prevent. This magnificent conception, wrought out in a vein of prophecy, and with an eloquence which has not lost its power, furnished to succeeding times an Apocalypse no less than a justification of the Gospel. Instead of heathen Rome, it set up an ideal Christendom. But the center, the meeting-place, of old and new, was the City on the Seven Hills. To the Roman Empire succeeded the Papal Monarchy. The Pope called himself Pontifex Maximus; and if this hieratic name--the oldest in Europe --signifies "the priest that offered sacrifice on the Sublician bridge," it denotes, in a curious symbolic fashion, what the Papacy was destined to achieve, as well as the inward strength on which it relied, during the thousand years that stretch between the invasion of the Barbarians and the Renaissance. When we speak of the Middle Ages we mean this second, spiritual and Christian Rome, in conflict with the Northern tribes and then their teacher; the mother of civilization, the source to Western peoples of religion, law, and order, of learning, art, and civic institutions. It became to them what Delphi had been to the Greeks, and especially to the Dorians, an oracle which decided the issues of peace and war, which held them in a common brotherhood, and which never ceased to be a rallying point amid their fiercest dissensions. Thus it gave to the multitude of tribes which wandered or settled down within the boundaries of the West, from Lithuania to Ireland, from Illyria to Portugal, and from Sicily to the North Cape, a brain, a conscience, and an imagination, which at length transformed them into the Christendom that Augustine had foreseen.