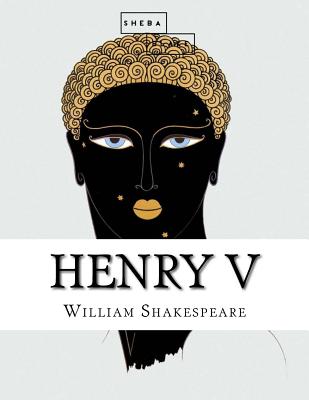 Henry V is a historical play by William Shakespeare, believed to have been written around 1599. It tells the story of King Henry V of England, focusing on events immediately before and after the Battle of Agincourt (1415) during the Hundred Years' War. In the First Quarto text, it was entitled The Cronicle History of Henry the fift, which became The Life of Henry the Fifth in the First Folio text. The play is the final part of a tetralogy, preceded by Richard II, Henry IV, Part 1, and Henry IV, Part 2. The original audiences would thus have already been familiar with the title character, who was depicted in the Henry IV plays as a wild, undisciplined lad known as "Prince Harry" and by Falstaff as "Hal". In Henry V, the young prince has become a mature man and embarks on a successful conquest of France. Elizabethan stages did not use scenery. Acknowledging the difficulty of conveying great battles and shifts of location on a bare stage, the Chorus (a single actor) calls for a "Muse of fire" so that the actor playing King Henry can " a]ssume the port bearing] of Mars". He asks, "Can this cockpit i.e. the theatre] hold / The vasty fields of France?" and encourages the audience to use their "imaginary forces" (imaginations) to overcome the stage's limitations: "Piece out our imperfections with your thoughts." The early scenes deal with the embarkation of Henry's fleet for France, and include a real-life incident in which the Earl of Cambridge and two others plotted to assassinate Henry at Southampton. (Henry's clever uncovering of the plot and his ruthless treatment of the plotters show that he has changed from the earlier plays in which he appeared.) When the Chorus reappears, he describes the country's dedication to the war effort - "They sell the pasture now to buy the horse." The chorus tells the audience, "We'll not offend one stomach with our play", a humorous reference to the fact that the scene of the play crosses the English Channel.