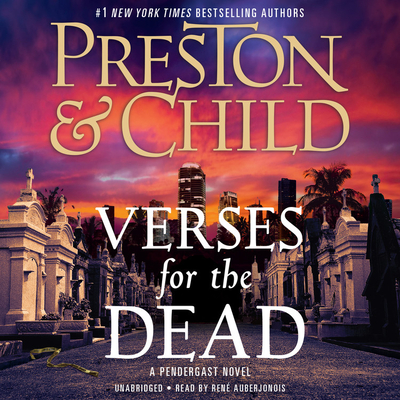 This is book number 18 in the Agent Pendergast Series series.

THE INSTANT #1 NEW YORK TIMES BESTSELLERPreston & Child return with their bestselling series, confronting FBI Special Agent Pendergast with the one challenge he never expected: a partner.
After an overhaul of leadership at the FBI's New York field office, A. X. L. Pendergast is abruptly forced to accept an unthinkable condition of continued employment: the famously rogue agent must now work with a partner.
Pendergast and his new colleague, junior agent Coldmoon, are assigned to investigate a rash of killings in Miami Beach, where a bloodthirsty psychopath is cutting out the hearts of his victims and leaving them with cryptic handwritten letters at local gravestones. The graves are unconnected save in one bizarre way: all belong to women who committed suicide.
But the seeming lack of connection between the old suicides and the new murders is soon the least of Pendergast's worries. Because as he digs deeper, he realizes the brutal new crimes may be just the tip of the iceberg: a conspiracy of death that reaches back decades.

The thrillers of Douglas Preston and Lincoln Child "stand head and shoulders above their rivals" (Publishers Weekly). Preston and Child's Relic and The Cabinet of Curiosities were chosen by readers in a National Public Radio poll as being among the one hundred greatest thrillers ever written, and Relic was made into a number‑one box office hit movie. They are coauthors of the famed Pendergast series, and their recent novels include Bloodless, The Scorpion’s Tail, Crooked River, Old Bones, and Verses for the Dead. In addition to his novels, Preston writes about archaeology for the New Yorker and Smithsonian magazines. Child is a Florida resident and former book editor who has published seven novels of his own, including such bestsellers as Full Wolf Moon and Deep Storm.