The Fires of Vengeance (Compact Disc) 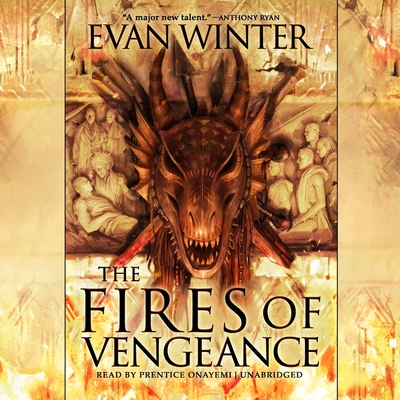 In order to reclaim her throne and save her people, an ousted queen must join forces with a young warrior in the second book of this must-read epic fantasy series by breakout author Evan Winter.

Tau and his Queen, desperate to delay the impending attack on the capital by the indigenous people of Xidda, craft a dangerous plan. If Tau succeeds, the Queen will have the time she needs to assemble her forces and launch an all out assault on her own capital city, where her sister is being propped up as the 'true' Queen of the Omehi.

If the city can be taken, if Tsiora can reclaim her throne, and if she can reunite her people then the Omehi have a chance to survive the onslaught.

The Rage of Dragons

The Fires of Vengeance