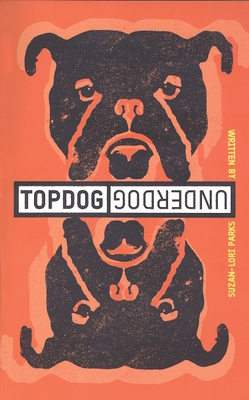 Winner of the 2002 Pulitzer Prize for Drama

A darkly comic fable of brotherly love and family identity is Suzan-Lori Parks latest riff on the way we are defined by history. The play tells the story of Lincoln and Booth, two brothers whose names were given to them as a joke, foretelling a lifetime of sibling rivalry and resentment. Haunted by the past, the brothers are forced to confront the shattering reality of their future.

Suzan-Lori Parks is the author of numerous plays, including In the Blood and Venus. She is currently head of the A.S.K. Theater Projects Writing for Performance Program at the California Institute of the Arts in Valencia.

One of the contemporary American theater's most innovative wordsmiths. Her plays include: Topdog/Underdog (2002 Pulitzer Prize for Drama), In the Blood (2000 Pulitzer-nominee), Fucking A, Venus (OBIE Award), The America Play and Imperceptible Mutabilities in the Third Kingdom (OBIE Award, Best New American Play). She is also a screenwriter, novelist, and MacArthur Genius grantee.