Cuttings from the Tangle (Hardcover) 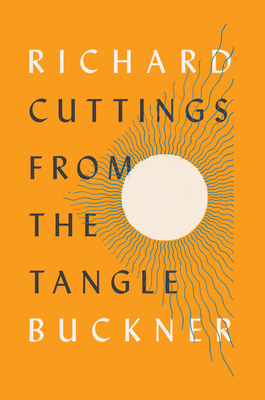 For nearly three decades, Richard Buckner has been traveling the byways of America, often alone and with little more than his guitars and notebooks. Now he's sharing what he saw, felt, and found.

Long admired for his impressionistic and elliptical lyrics, Buckner has more recently found himself pulling off the road to furiously write longer, fuller pieces. Here is a collection of his story-like poems gathered by haunting the public and private fringes of America: fifty studies wrung from thin motel walls and passing hallway echoes; from exchanges overheard between happy hour and closing time; from casually caustic conversations in junker parking lots and hash house booths; and from lost opportunities and vague chance meetings--but also from distant narrators caught staring off to recall what refuses to be forgotten. he'd swallowed her youth
in sips so small she wouldn't notice
until it was eventually
but-remembered on dark afternoons With titles such as "One More Last One," "Everyone is driven unknowingly to their urges," and simply "Work," these are Buckner's singular reports from a revelatory road. reappraising
past decisions in renewable review,
demanded by the weight
of explanations that can still determine
what drove you elsewhere then,
now with no-where left
to wait. Black Sparrow Press is proud to bring this remarkable debut work of prose-poetry to readers. "During a career spent crisscrossing the country, Buckner has seen plenty. In all those hotels between here and there, at those bars and truck stops and lounges, he would sit and listen . . . Buckner puts that power of observation to good use."--NPR's Morning Edition "Cuttings from the Tangle is not the work of a road-weary musician dabbling in another form. This book confirms a truth hinted at all these years in the language of his lyrics: Buckner is a writer."--Literary Hub