DIGNITY: In Honor of the Rights of Indigenous Peoples (Hardcover) 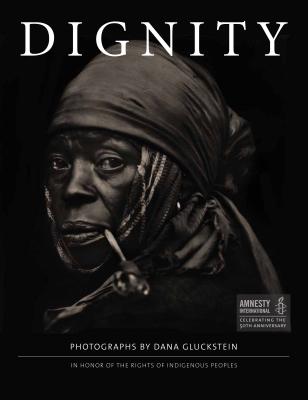 By Dana Gluckstein, Desmond Tutu (Foreword by), Faithkeeper Oren R. Lyons (Introduction by), Amnesty International (Epilogue by)
This item is not available.
Hard to Find

Dana Gluckstein has photographed iconic figures including Nelson Mandela, Mikhail Gorbachev, and Muhammad Ali, and produced award-winning advertising campaigns for clients such as Apple and Toyota. Her portraits of Indigenous Peoples are held in the permanent collections of the Los Angeles County Museum of Art and the Santa Barbara Museum of Art. Gluckstein graduated from Stanford University, where she first fell in love with light and realized the power of images to shape consciousness. She lives in Los Angeles with her husband and two children.

Archbishop Desmond Tutu received the Nobel Peace Prize in 1984 for his nonviolent resistance to apartheid. As an Anglican priest, he served as General Secretary of the South African Council of Churches and Archbishop of Cape Town. In 1995, President Mandela appointed him chairman of South Africa’s Truth and Reconciliation Commission where he brought to light the atrocities of apartheid. In 2009, he received the Presidential Medal of Freedom, the United States’ highest civilian honor. He now serves as Chair of The Elders, a group of eminent global leaders working to support peace and address causes of human suffering.

Faithkeeper Oren R. Lyons, Turtle Clan, Onondaga Nation, co-founded the Working Group on Indigenous Populations for the United Nations in 1982, and helped develop the United Nations Declaration on the Rights of Indigenous Peoples. As a revered Native American elder and scholar, he has sat on the Council of Chiefs of the Six Nations in New York since 1967 and taught Native American studies for 37 years as a Distinguished Service Professor Emeritus at New York State University at Buffalo. He is guided by the Iroquois democratic principles of governance by the people, which requires decision-making on behalf of the “seventh generation coming.”