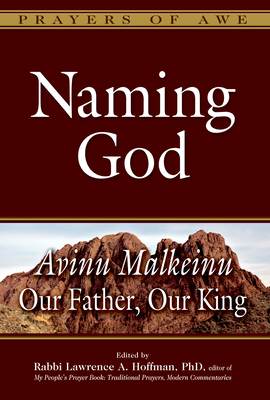 An illuminating in-depth exploration of the complexities--and perhaps audacity--of naming the unnameable.

Despite its popularity, Avinu Malkeinu causes great debate because of the difficulties in thinking of God as father and king. Americans no longer relate positively to images of royalty; victims of parental abuse note the problem of assuming a benevolent father; and feminists have long objected to masculine language for God.

Through a series of lively introductions and commentaries, almost forty contributors--men and women, scholars and rabbis, artists and thinkers from all Jewish denominations and from around the world--wrestle with this linguistic and spiritual conundrum, asking, "How do we name God altogether, without recourse to imagery that defies belief?"