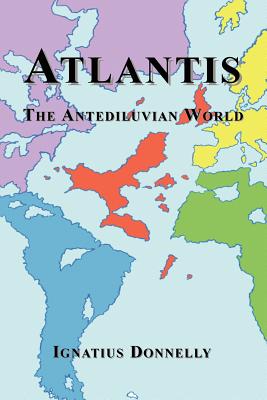 Long known as the classic work on the study of Atlantis, the author puts forth the idea that this was the true place where civilization began. The great philosopher, Plato, mentioned Atlantis, which is said to have been a great civilization that had sunk into the sea and disappeared. Subjects include Plato's Atlantis, destruction of Atlantis, deluge stories throughout history, inherited civilization, old and new world interaction, Atlantis in Genesis, origin of the alphabet, the kings of Atlantis become Greek gods, the pyramid, the cross, the Garden of Eden, Atlantean colonies, and much more. This one book has done more than any other in promoting the idea for the lost continent of Atlantis.