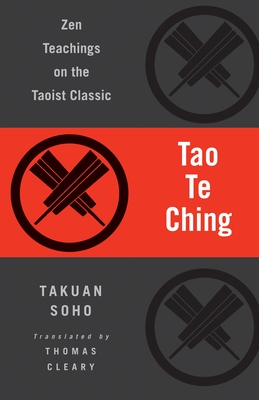 This version of the Tao Te Ching presents the classic in a unique light, through the eyes of a renowned master of the Rinzai Zen tradition. Takuan Soho, who lived from 1573 to 1645, was an acerbic, witty, free spirit; a painter, poet, author, calligrapher, gardener, and a tea master. He was also a confidant and teacher to shoguns and many other powerful and famous figures, among them the famed swordsmen Yagyu Munenori and, according to legend, Miyamoto Musashi.

True to the teachings of the Tao Te Ching itself, as well as to the tradition of Zen, Takuan draws from everyday experience and common sense, to reveal the basic sanity of nature and the inherent wholeness of life. Takuan reveals how the Tao Te Ching applies to a wide range of concerns, including health, personal relationships, and individual lifestyle. He interprets the text through a philosophical and psychological lens, and also elucidates its radical social and political concepts.

Thomas Cleary holds a Ph.D in East Asian Languages and Civilizations from Harvard University. He is the translator of more than fifty volumes of Buddhist, Taoist, Confucian, and Islamic texts from Sanskrit, Chinese, Japanese, Pali, and Arabic.