Machiavelli: The Art of Teaching People What to Fear (Paperback) 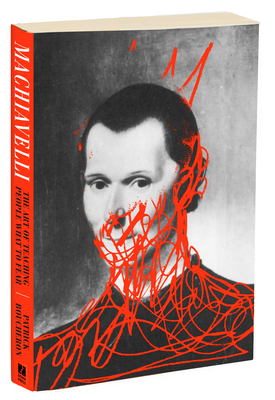 In a series of poignant vignettes, a preeminent historian makes a compelling case for Machiavelli as an unjustly maligned figure with valuable political insights that resonate as strongly today as they did in his time.

Whenever a tempestuous period in history begins, Machiavelli is summoned, because he is known as one for philosophizing in dark times. In fact, since his death in 1527, we have never ceased to read him to pull ourselves out of torpors. But what do we really know about this man apart from the term invented by his detractors to refer to that political evil, Machiavellianism?

It was Machiavelli's luck to be disappointed by every statesman he encountered throughout his life—that was why he had to write The Prince. If the book endeavors to dissociate political action from common morality, the question still remains today, not why, but for whom Machiavelli wrote. For princes, or for those who want to resist them? Is the art of governing to take power or to keep it? And what is “the people?” Can they govern themselves? Beyond cynical advice for the powerful, Machiavelli meditates profoundly on the idea of popular sovereignty, because the people know best who oppresses them.

With verve and a delightful erudition, Patrick Boucheron sheds light on the life and works of this unclassifiable visionary, illustrating how we can continue to use him as a guide in times of crisis.

Patrick Boucheron is a renowned French historian. He previously taught medieval history at the École normale supérieure and the University of Paris, and is currently a professor of history at the Collège de France. He is the author of twelve books, including Machiavelli: The Art of Teaching People What to Fear, and the editor of five, including France in the World, which became a bestseller in France.

Willard Wood has translated more than twenty-five books from the French. He is a recipient of the Lewis Galantière Award for Literary Translation and a National Endowment for the Arts Fellowship in Translation. He lives in Norfolk, Connecticut.

“To reframe our understanding of Machiavelli, Mr. Boucheron asks, Who was he writing for?…If The Prince was meant to help ordinary people understand what their leaders were up to, then it is not a handbook for the power-crazed but a means of stopping them.” —Wall Street Journal

“Packed with insights into how Machiavelli has been construed and misconstrued down the ages and why his ideas still resonate so powerfully today…Boucheron’s book…reminds us that Machiavelli is no advocate of unbridled state violence.” —Financial Times

“A penetrating portrait of a complex political thinker.” —Kirkus Reviews

“Machiavelli provide[s] a distinct perspective on the influential philosopher…Readers looking to learn more about the thinker, as well as those seeking an introduction, will find this creative work appealing.” —Library Journal

“This wise, witty, razor-sharp anatomy of Machiavelli demonstrates why the most notorious thinker of the Renaissance is the perfect companion for our own time.” —Stephen Greenblatt, author of The Swerve: How the World Became Modern

“An elegant introduction to this disturbing, incisive, many-sided thinker—and a reminder of why we must read him right now.” —Sarah Bakewell, author of How to Live: A Life of Montaigne

“Patrick Boucheron gives us a trenchant analysis of Machiavelli’s complex and slippery ideas. Even more useful and illuminating, with Machiavelli as his guide, he probes our own political life and times. In an age of shrill and often senseless debate, it’s a pleasure to read such a subtle and gently provoking thinker.” —Ross King, author of Machiavelli: Philosopher of Power

“Machiavelli is the antidote we need to today’s delusion that reality can be virtual or augmented—that is, easily doctored by us ourselves or the media. Reading him now is necessary, more than ever before. But who reads him? Patrick Boucheron’s little book is by far the best inducement to Machiavelli that I know of, to the point that I will have students read Boucheron’s Machiavelli rather than Machiavelli’s Prince in my surveys. I am sure that they will then get to the Prince, and not for class, but for themselves.” —Francesco Erspamer, Professor of Romance Languages and Literatures, Harvard University, and Director of the Harvard Summer Program in Milan and Siena

“It is never too late to break the clichés surrounding Machiavelli. He is never going out of fashion.” —Le Figaro

“Patrick Boucheron has the talent of good teachers: he makes history accessible for everyone.” —Le Monde

“To bring back Machiavelli, that captivating mind of the Renaissance, nothing equals the great Patrick Boucheron” —Télérama