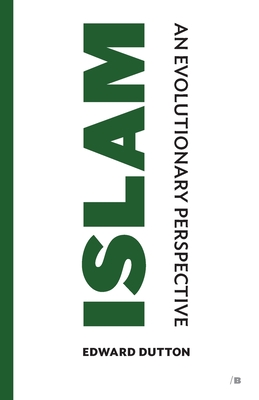 An intellectual gap separates the Islamic world and the West. Muslim children under-perform on most all educational measures, and Muslim societies produce fewer books, scientific advances, and cultural achievements. Evolutionary psychologist Edward Dutton demonstrates that this is not just a matter of genetics, war, or politics; the problem derives from Islam itself. Holding to Islamic belief forces people to avoid analytical and creative ways of thinking. Veiling, female circumcision, the Ramadan fast, polygamy, and even praying regularly does the same, leading to worse education systems, increased poverty, and less intellectual development.

That said, Islam has its advantages. The Muslim practices that reduce cognitive ability also elevate ethnocentrism: in-group cooperation. And it is the more ethnocentric groups that win in the intense struggle of Darwinian selection. Thus, Dutton predicts that Islam will come to triumph over the West precisely because it reduces intelligence. This raises disturbing questions. Are there terminal disadvantages to developing cultures of high intelligence and individualism? Might the West need to adopt something akin to Islam, and become rather less thoughtful, in order to survive?

Edward Dutton is Professor of Evolutionary Psychology at Asbiro University in L dź, Poland, and is a prolific researcher and commentator. He is the author of Religion and Intelligence (2014), Making Sense of Race (2020), among many other books.

"Edward Dutton is one of the liveliest and most engaging of this new generation of academic dissidents."