Curious Goods: Behind the Scenes of Friday the 13th: The Series (Paperback) 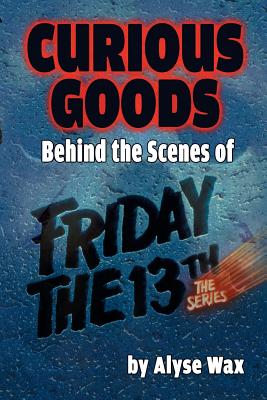 "Lewis Vendredi made a deal with the devil to sell cursed antiques, but he broke the pact, and it cost him his soul. His niece Micki, and her cousin Ryan, inherited the store-and with it, the curse. Now they must get everything back-and the real terror begins." So opens Friday the 13th: The Series. In 1987, Paramount Studios found success selling a new Star Trek series into syndication. Eager to cash in on other studio-owned properties, Paramount asked producer Frank Mancuso Jr. to develop a series around Friday the 13th, and the television series was born. It had nothing to do with the popular slasher film franchise, which was both a blessing and curse. It was a largely young, inexperienced cast and crew, and one of the first Hollywood productions to shoot entirely in Canada. In the first-ever examination of the TV series, author Alyse Wax delves into the series episode-by-episode, with more than sixty exclusive interviews with the cast, writers, directors, and producers, as well as nearly fifty never published behind-the-scenes photos from the cast and crew's personal collections. ALYSE WAX has been covering television and the horror industry for over a decade. She was the Associate Editor of the dearly departed FEARnet.com, and currently writes for a number of geeky, freaky places, including ComingSoon.net, Fangoria, ShockTillYouDrop.com, and Blumhouse.com.