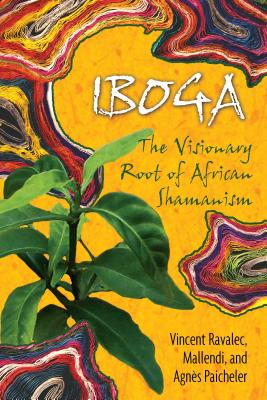 • Includes an interview with shaman Mallendi, initiation-master of the sacred root

• Shows that the iboga plant, and its derivative ibogaine, is an anti-addictive agent, especially for heroin

• Reveals how ibogaine has been suppressed by the DEA, the FDA, and Christian ministries

Iboga, spiritual ally of African shamans since antiquity, yields ibogaine, a powerful psychotropic substance. It is used mainly in Gabon and Cameroon in a secret, initiatory tradition called bwiti-nganza, in which physical and psychological illnesses can be rooted out and cured. Intense psychological conditioning that includes the rites of confession, contacting and honoring one’s ancestors, and construction of an in-depth psychological inventory are all part of the initiate’s encounter with this sacred root.

Like many visionary and initiatory plants, iboga is a key that gives access to other modes of being and consciousness. Despite its suppression by the FDA since the 1960s, and more recently by the DEA, researchers have shown that ibogaine provides a powerful adjunct to psychology due to its miraculous ability to break addictions--most notably to heroin. To the followers of the Bwiti religion, ibogaine is the indispensable means by which humans can truly communicate with the deepest reaches of their soul and with the spirits of their ancestors. This book details the traditions and techniques of iboga’s use by African shamans and the essential role it occupies in that community in order both to preserve this knowledge and to show how ibogaine may have an important role to play in our modern world.

Vincent Ravalec is the screenwriter, producer, and director of numerous films as well as the author of many books in French.

Mallendi is a bwiti-nganza initiator and traditional healer in Gabon.

Agnès Paicheler is a social scientist researcher who lives and works in France.

“. . . entertaining and wise, and packed with information. For those interested in psychoactive plants and African shamanism, this book is a rare joy and a must-read.”
— Jeremy Narby, author of The Cosmic Serpent and Intelligence in Nature

“Through the multiple lenses of anthropology, psychology, botany, and medical politics, Iboga brings us closer to the mystery and potential benefits of this powerful African plant-hallucinogen. It is a welcome and valuable addition to the world literature on psychoactive plants.”
— Rick Strassman, M.D., clinical associate professor of psychiatry, University of New Mexico School of

“Iboga offers a riveting, multifaceted exploration of one of our planet’s lesser known but most important sacred plant traditions. It combines fascinating historical, cultural, and ethnographic background; powerful firsthand descriptions of an initiate’s psychospiritual experiences; and the best account to date of iboga’s seemingly enormous potential as a tool to address drug addiction--as well as the long battle for its further research despite grievous political impediments.”
— J. P. Harpignies, editor of Visionary Plant Consciousness

"New age collections strong in visionary plants and African shaman rituals will be intrigued by the very specific discussions of Iboga, which has been suppressed by the FDA since the 1960s and which provides the power to break addictions."
— The Midwest Book Review, Jan 2008

"Not only is this book exceptionally interesting and informative, as well as cleverly humorous at times, but it is written by three very different individuals: a screenwriter/producer/film director, a social science researcher, and a traditional African healer. . . . they have done a wonderful job of sharing what it means to genuinely open ourselves and enter a profoundly healing and consciousness-expanding relationship, both with a plant and with ourselves."
— Dawn Brunke, Alaska Wellness, Vol. 13, No. 3, May/June 2008

"Overall this book contains very valuable material and presents it in a way that makes it pleasant to read and entertaining to learn."
— D. Tigermoon, The Pagan Review, May 2008

"Even if you have no interest in shamanism, this book is well worth a read just to get a clearer idea of how the 'War on Drugs' is preventing helpful medicines from being made available to those who need them. You may not become a 'believer', but you will learn a great deal."
— New Witch, Issue 17, Summer 2008

"[Africans] use it to reach into their psyche and to connect with deceased ancestors. A mix of anthropology, botany, psychology, with a dash of medical politics, the entertaining facts combine history and science."
— American Herb Association, 24:1, March 2009