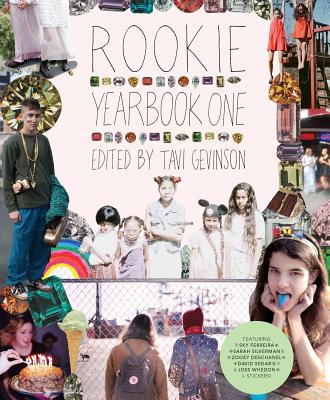 This is book number 1 in the Rookie series.

Rookiemag.com is a website created by and for young women to make the best of the beauty, pain and awkwardness of being a teenager. When it becomes tough to appreciate such things, we have good plain fun and visual pleasure. When you're sick of having to be happy all the time, we have lots of rants, too. Every school year, we compile the best from the site into a print yearbook. Behold: our Freshman year!

Tavi Gevinson is the editor-in-chief and founder of Rookie. Tavi’s career in media began when she created the style blog thestylerookie.com in 2008, when she was 11. In 2011, at 15, Tavi launched Rookie, an online magazine for teenage girls. Six days after its debut, Rookie received more than one million pageviews. Tavi has since spoken at TEDxTeen, the Economist's The World in 2011, and the Sydney Opera House. Lady Gaga has called her "the future of journalism."