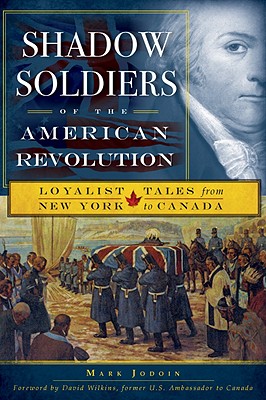 In 1778, New York State Patriots forced colonists loyal to the British government to flee north into what became Ontario and Quebec. Many of the defiant young British Americans soon returned south as soldiers, spies and scouts to fight for their multigenerational farms along the Mohawk River, Lake Champlain and Hudson River Valleys. Eventually defeated, they were banished from their ancestral homelands forever. Mark Jodoin offers an enlightened look back at ten young men and women who were forced north into Ontario and Quebec, sharing the struggles these Loyalists faced during our nation's founding.