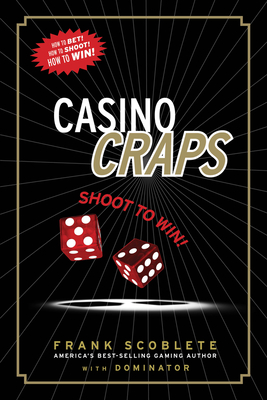 The most comprehensive craps book ever written, this is the book that gives readers everything needed to get a real, verifiable edge at the game of craps. The authors, two of the greatest living dice controllers, share, in words and pictures, their secret Golden Touch technique and give the edge needed to beat the house. Readers will learn several keys to winner craps, including how the game is really played, how to develop a Golden Touch controlled throw, which are the best and worst bets and "buy" bets, how to reduce the hit of the house edge by using the five count, how to push the casino to give a better game than advertised, how to set the dice to reduce or increase the appearance of different numbers, and how to judge what a real edge means.

Frank Scoblete is the best-selling gambling authority in the United States. His books, DVDs, articles, websites, and television shows have helped millions of people become better casino players and also helped players get real edges over the house at certain games such as blackjack and craps. Dominator is considered by many experts to be the greatest dice controller in the world today. He writes for several magazines and websites.