One Direction: Take Me Home (Paperback) 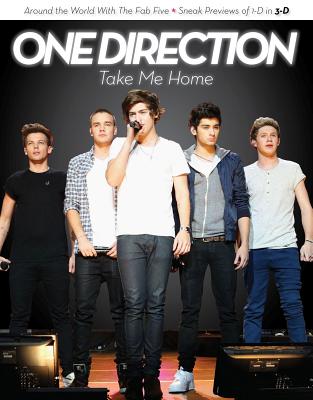 With excitement building as One Direction fans count down the days until the band’s summer tour reaches North America and their upcoming movie, 1D in 3D, hits theaters, this inside source provides everything loyal followers need to know about Niall, Zayn, Liam, Harry, and Louis. This account details the band’s meteoric rise in 2012, as both Up All Night and Take Me Home debuted at No. 1 and One Direction sold out arenas from New York to New Zealand. Readers discover Air Force One Direction, the private plane the band takes from concert to concert, and the famous venues on the upcoming tour, including London’s O2 Arena and the Staples Center in Los Angeles. In addition, the book goes behind the scenes of 1D in 3D with director Morgan Spurlock and gives a glimpse of the diverse selection of One Direction merchandise in stores.

Triumph Books is a leader in quality and innovation in sports publishing and also publishes pop culture and current events books. They are based in Chicago.