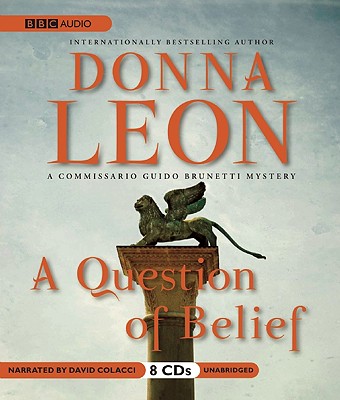 Commissario Guido Brunetti must contend with ingenious corruption, bureaucratic intransigence, and the stifling heat of a Venetian summer. As he plans a trip to the mountains with his family, he learns that cases at the local court--hardly known as a model of efficiency--are being delayed to the benefit of one of the parties. A creative new trick for corrupting the system, perhaps, but what can Brunetti do about it? Just when it looks like he will be able to get away, a shocking, violent crime forces him to stay in Venice.

Donna Leon has lived in Venice for over twenty-five years and previously lived in Switzerland, Saudi Arabia, Iran and China, where she worked as a teacher. Her previous novels featuring Commissario Brunetti have all been highly acclaimed.

David Colacci has directed and performed in prominent theaters nationwide for the past thirty years. His credits include roles from Shakespeare to Albee, as well as extensive work on new plays. As a narrator, he has recorded authors ranging from Jules Verne to John Irving to Michael Chabon.